Skip to content
> Science news > The potential of youth in science and education: views, guidelines, prospects 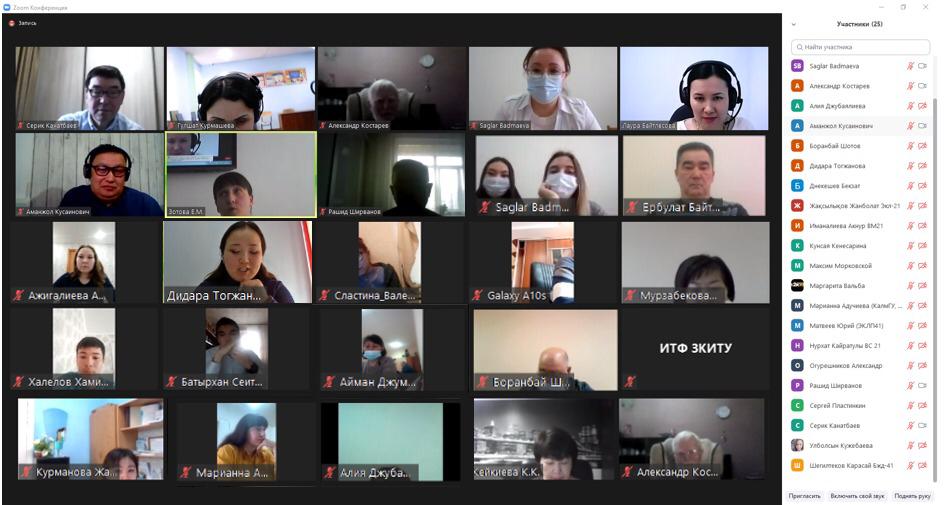 On the 6-9th of April 2021, the XXI International Scientific Conference of Students and Master Degree students “The potential of youth in science and education: views, guidelines, prospects”, dedicated to the 30th anniversary of the Independence of the Republic of Kazakhstan, was held at West Kazakhstan Innovation and Technology University. On the 6-9th of April 2021, the Department of Ecology and Biotechnology of Engineering and Technology Faculty held meetings of Section 9 “Topical issues of research in Ecology, Biotechnology, and Veterinary Medicine” as part of the conference. 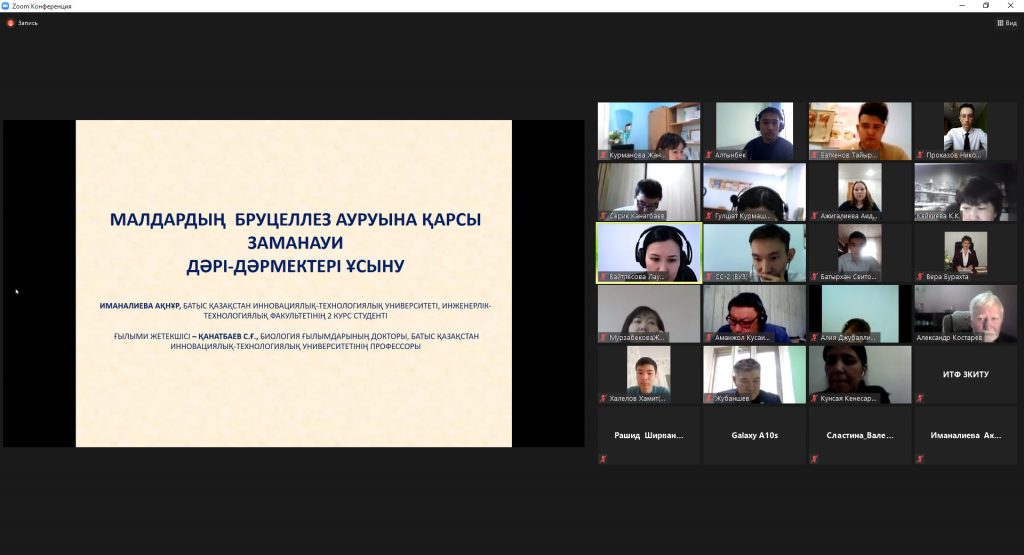