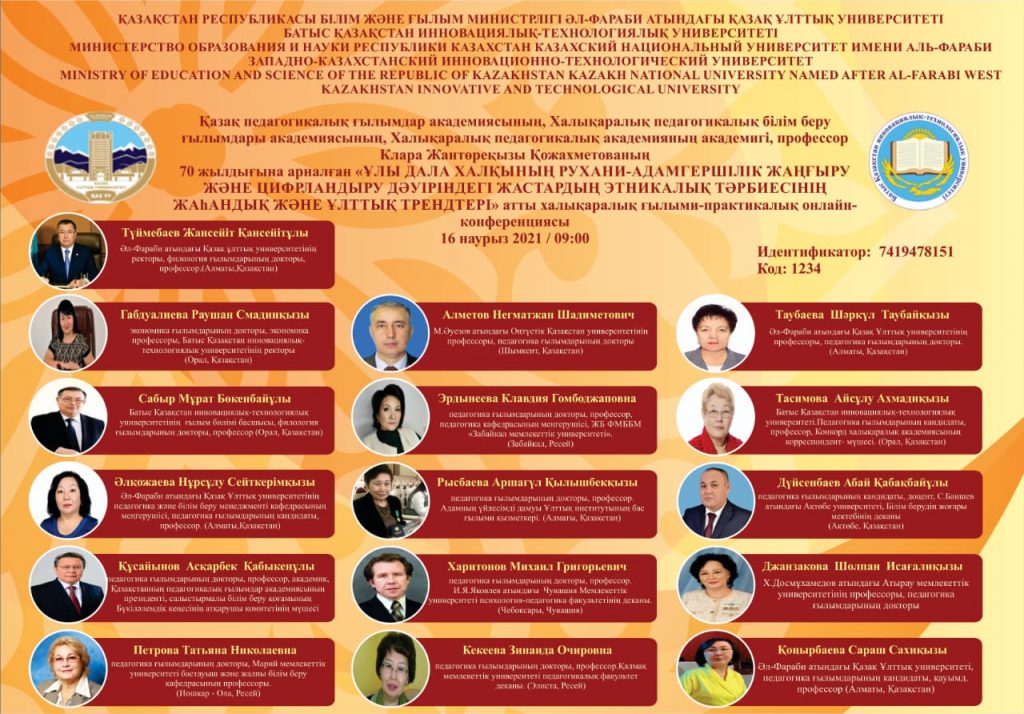 On March 16, 2021, Al-Farabi Kazakh National University and West Kazakhstan innovative and technological University organized an international scientific and practical online conference “GLOBAL AND NATIONAL TRENDS OF ETHNIC EDUCATION OF YOUTH IN THE EPOCH OF DIGITALIZATION AND SPIRITUAL REVIVAL OF THE PEOPLE OF THE GREAT STEPPE”, dedicated to the 70-th anniversary of academician of the Kazakh Academy of Pedagogy, International Academy of Pedagogical sciences, professor Kozhakhmetova Klara Zhantoreevna.

The conference began with the opening ceremony of the Ethnopedagogical office named after professor Kozhakhmetova K.Zh. at the West Kazakhstan innovative and technological University.

The conference was marked by new intellectual ideas of representatives of the intelligentsia, special attention to the scientific community and special respect to the scientist. 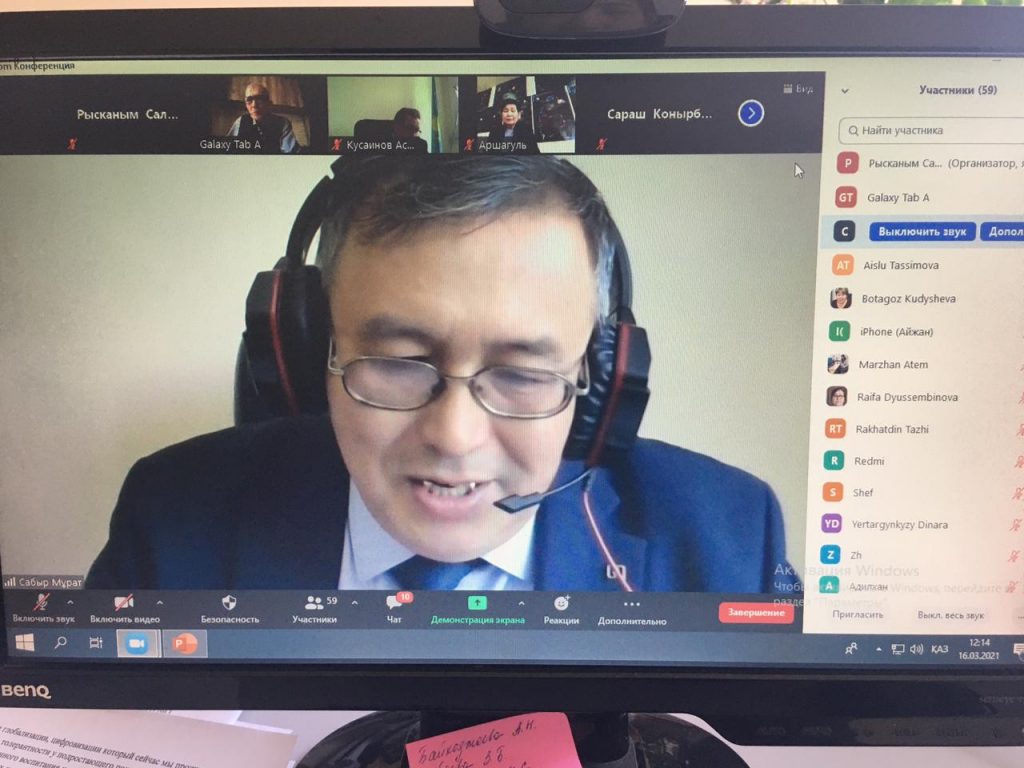 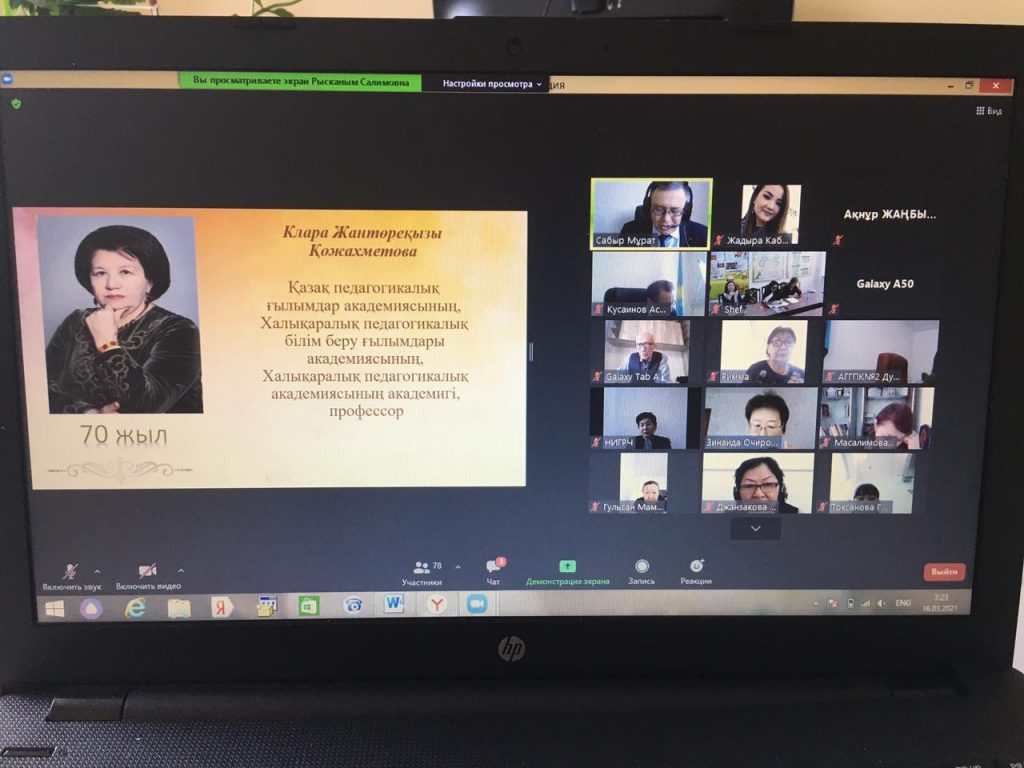 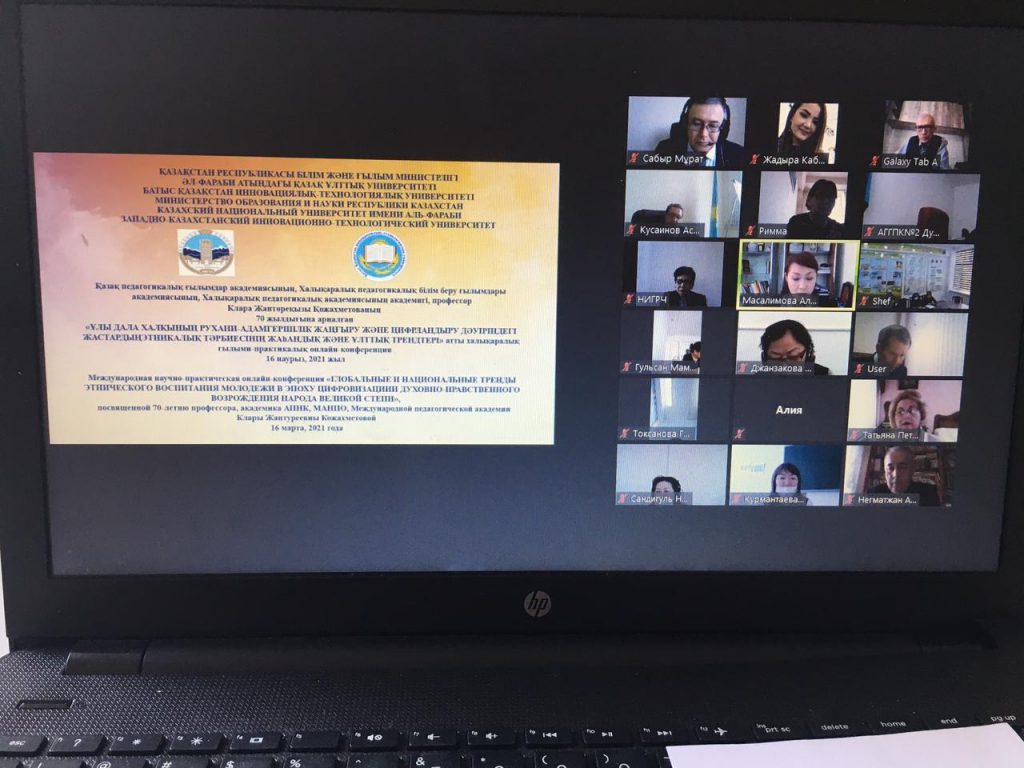 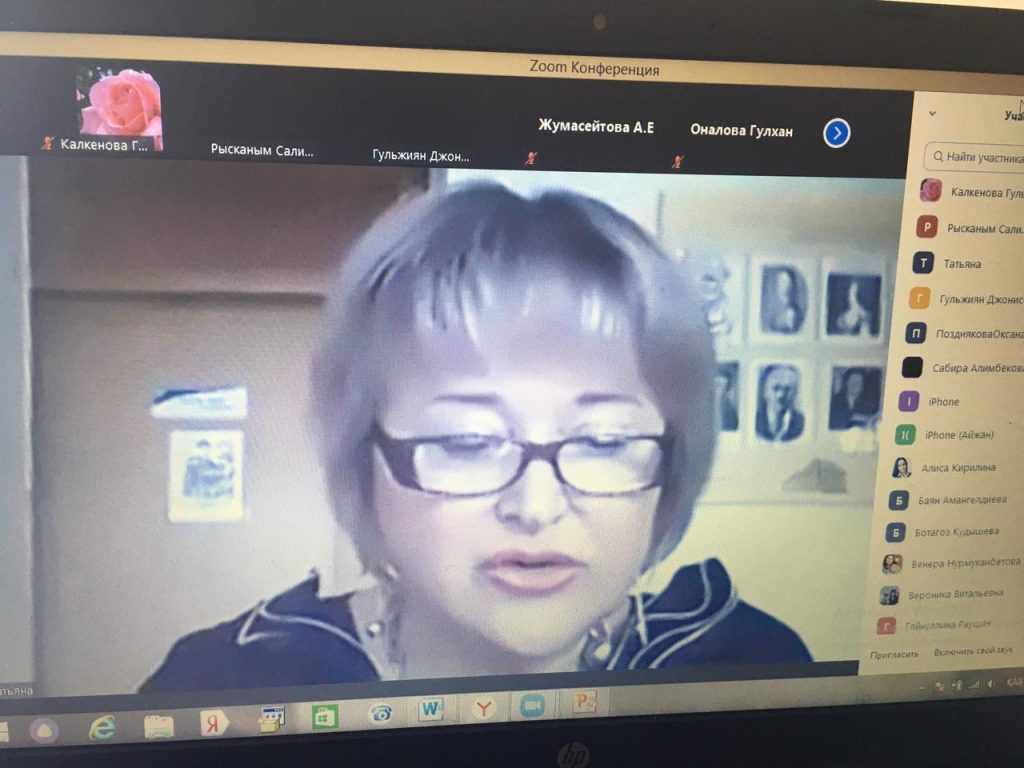 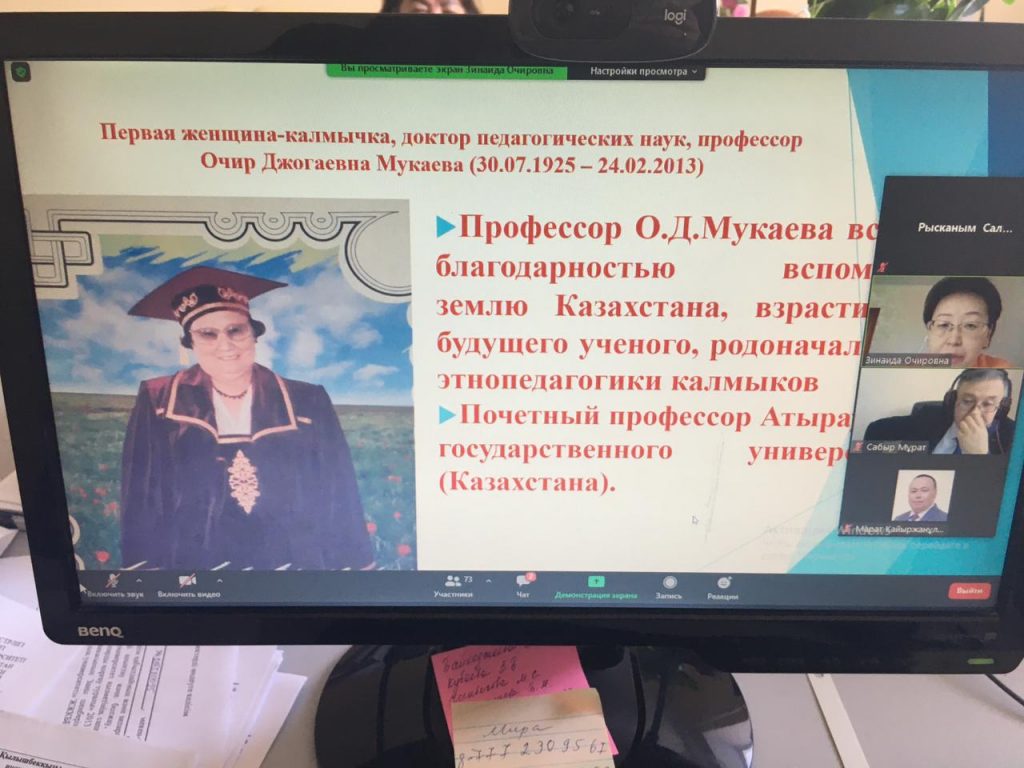